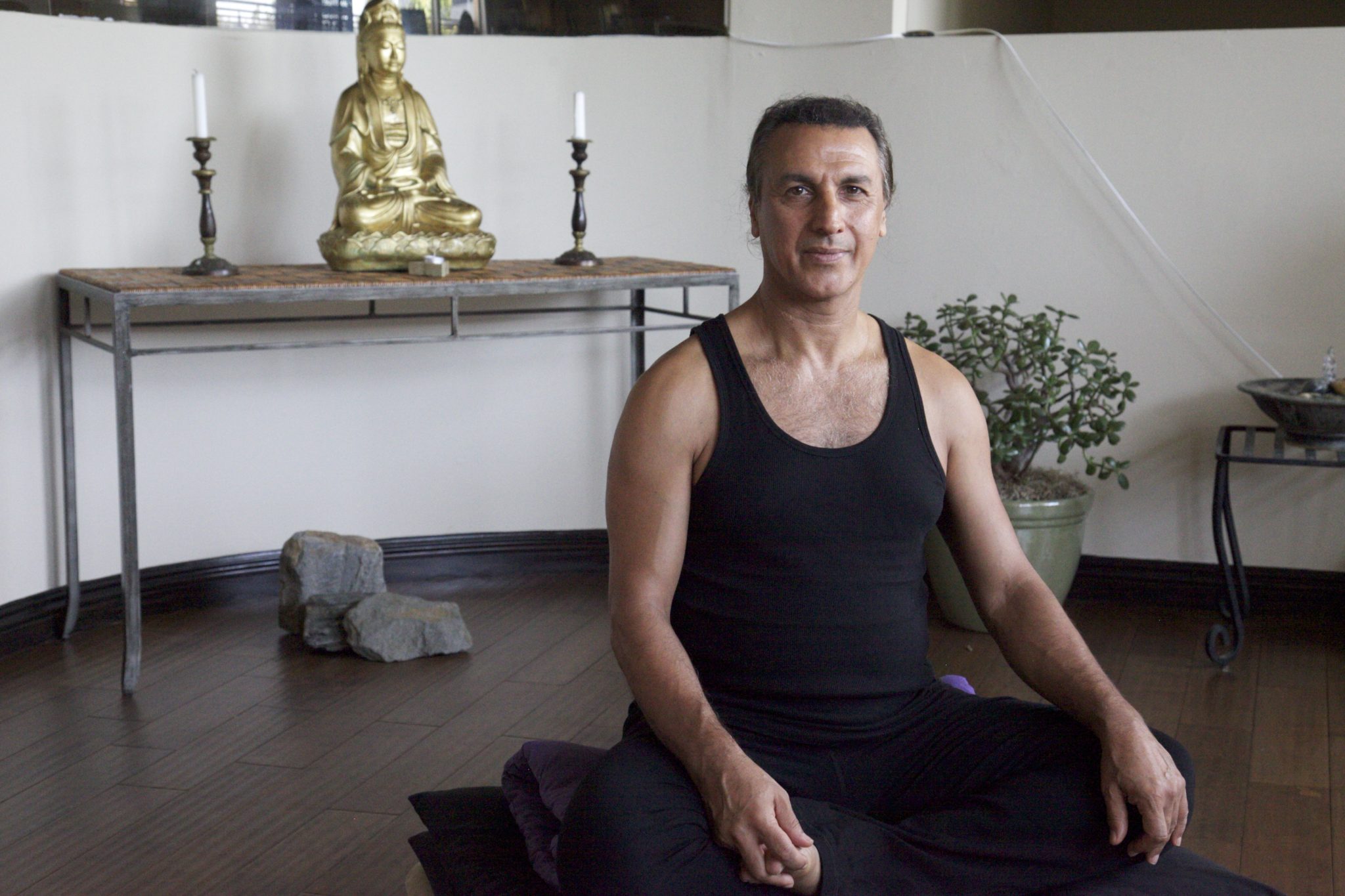 “Good morning Naader, I just want to take a minute to thank you for the ongoing support to me and my family. Your words and encouragement have made a difference in our family. My girls go about their day with hope, faith and confidence because you share your love, wisdom and faith with them. I hear my girls quoting your words through out the day, especially when the going gets tough. There are no words to express how you have impacted our lives, including my hard head husband. See you soon.”

Trained in Raja Yoga at the Self Realization Fellowship in Los Angeles, and Hatha Yoga at The Yoga College of India, Beverly Hills, Naader Shagagi has been studying and practicing Yoga & Meditation since 1983. A former Ph.D. Candidate in Engineering, Naader also studied Philosophy and Religion before coming to Los Angeles as a disciple of Paramahansa Yogananda in 1985.

A student of the great Yoga Master, Paramahansa Yogananda, and Sufi Mystic, Pir Inayat Khan, Naader brings a culmination of intensive study and personal experience presented to you through his Yoga of Mystics® philosophy.

Yoga of Mystics® offers the Curative Yoga™ series; an invigorating and challenging system of Hatha Yoga choreographed and practiced by Naader himself that incorporates a specific series of asanas (poses) in order to cure physical, mental and emotional bodies.

Shagagi frequently quotes from the writings of Yoga Masters and Sufi Mystics in his classes reminding his students that “Health is not everything, but everything is nothing without health.”

Naader has taught yoga and meditation to over 20,000 people and has trained over 1,000 teachers through his Yoga of Mystics® teacher-training program. His DVDs, The Power of Hatha Yoga and Yoga of Mystics: Curative Series, teaches more than 60 positions that help people improve their concentration and sense of balance.

Naader also offers retreats, spiritual counseling, and holistic therapies and supplements, which culminate in health, vitality, healing and realization of oneself.

“The owner of Yoga Kingdom, Naader, is the heart of this place, who teaches us not only how to stretch our muscles but also our minds and attitudes. I am very grateful of my teacher, Naader. When I visited Yoga Kingdom about nine years ago, I was deeply depressed and anxious. For as long as I can remember I have had migraine headaches, back pain, and anxiety problems. At the time, these ailments were treated with a lot of narcotic medications. Because of Naader’s yoga I no longer have migraines, back pain, or anxiety. The amount of medication I now take is minimal. I have tried many different yoga places that included varying yoga movements. Out of all of them, I can say with confidence that Naader’s Yoga Kingdom Sanctuary has definitely benefited me the most. Most yoga classes consist of various movements and stretching and plenty of sweat. Naader’s class, however, is like being in church listening to a soul touching sermon while you are doing some stretches. At the end of class, you will feel a mysterious sense of peace and joy. As no one can describe the taste of an apple unless you taste it yourself, you must experience Naader’s yoga yourself to receive this incredible benefit. Naader constantly reminds us how important it is to smile. After years of taking his classes, I find myself smiling so easily instead of my usual serious face. Yoga Kingdom is my home away from home where I can be myself. I receive a heartfelt greeting that relaxes me even before starting the yoga.” –